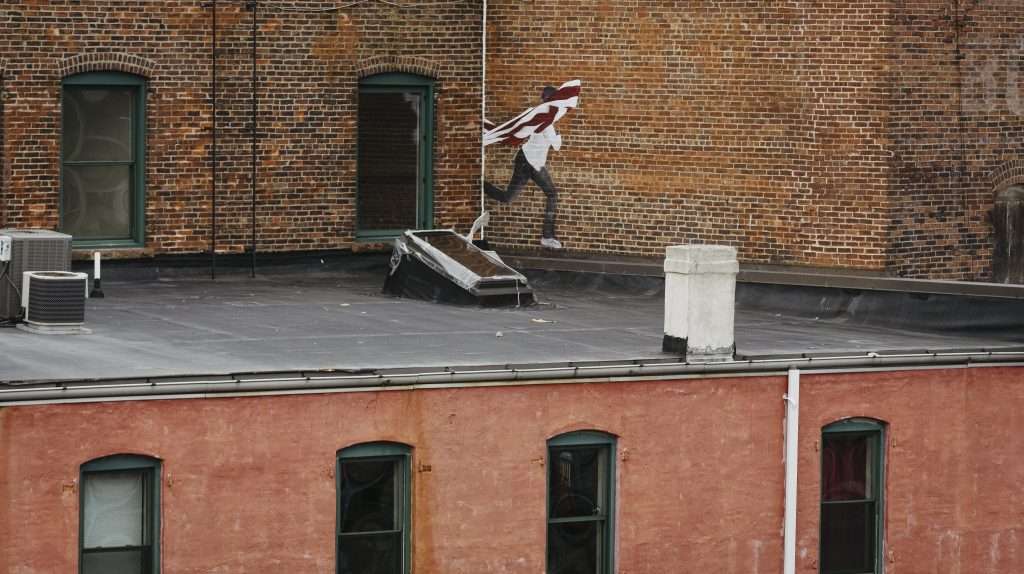 As a Photographic Artist, I am interested in the life of those individuals and communities that are often unseen in the world. My objective is to capture images that allow us to experience those who are unheard as they contemplate or voice their reaction to ideas and issues that are shaping their world. In this process, what I shoot creates contemporary stories about social, political and historical context not often seen in the visual communication of traditional media and fine art platforms. My work captures and presents aspects of our culture, and sometimes counterculture, that challenges the typical narratives of Western thought and power structures. (https://www.sheilapreebright.com/about)

Read more about the Artist Here

“In coming to America from Armenia my parents opened the door of Freedom to me. America’s public schools & libraries opened my eyes to the unlimited opportunity in this great land, as well as the privileges and obligations of citizenship.” – Stephen P. Mugar

The title of the installation, Re-Birth, is inspired by Stephen P. Mugar’s statement about citizenship and freedom. While in conversations with diverse students from the university, I found a common thread among their voices about the complicated relationship with the great American myth.

The 2020 state of the Union speech “The Great American Comeback,” is reminiscent of the Declaration of Independence, which doesn’t fit all Americans–then or today. However, the 2018 midterm elections, a wave of new political blood into Congress and many statehouses — younger, more females — radically are changing the narrative of this nation’s democracy, liken until a Re-Birth.

The Democratic process in this critical time of the Black Lives Matter Movement has a profound effect on young people in this country, especially generation Z. Recently, the nation experienced a modern-day lynching of George Floyd, a Black man who lost his life to police brutality, which created outrage throughout the world. The impact of George Floyd’s death became a symbol of change globally. Communities of young people rise up, hitting the streets protesting under the banner of Black Lives Matter, searching for a way out. These young visionaries are using their voice on social media platforms holding higher institutions and corporations accountable, hoping these accessible spaces will finally hear their cries for social, economic and political change under the umbrella of freedom.

The installation consists of a series of wheatpastes in the streets of Lynn, Massachusetts, from my body of work, Young Americans. The series shows diverse young Americans, who are new to the voting system and exploring ideas of what it means to be American. The sitters expressed their perspectives in a statement and posed in their chosen stance with the American flag. These young women’s portraits will symbolize the nation’s re-birth, challenging a broken system in which this generation will inherit.

The wheatpaste series in Lynn, Massachusetts was the offspring of an exhibit with Sheila Pree Bright at Boston University, Fall 2020.

Meaningful discussions took place as local residents and city workers tinted Sheila’s photography, participating in the creative process of this wheatpaste production. Members of the Lynn Police Department expressed interest in these topics and were present for the installations and resulting conversations. Boston University also hosted a virtual panel with Sheila Pree Bright and Beyond Walls to explore the role of arts in civic engagement — alongside their recent exhibition of Sheila’s “Re-Birth” series.