The entire side of the buildings in Fall River has been used as painting canvases.

One of the mural artists responsible is Greg Pennisten who grew up on the South Shore and attended elementary school in Fall River.

“It’s really important for people to be able to get some color, you know, and see accessible art,” he said.

Pennisten said his piece honors the city’s industrial past and present, inspired by block print patterns from textiles that were produced in Fall River in the early 1900s. 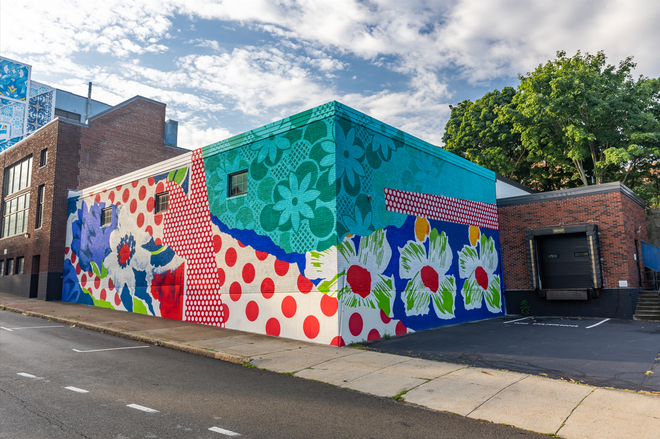 Pennisten’s work is part of a project by Beyond Walls, a nonprofit organization that brings in local, regional, and international mural artists to activate city spaces and encourage community and economic growth.

The organization, based in Lynn, started in earnest six years ago, driven by the vision of founder Al Wilson and others.

In the years since, Lynn’s downtown has been transformed by dozens of massive murals, lighting projects and more.

Wilson said his heart is in Lynn, but his sights are also set on supporting other Gateway Cities.

“For folks that come in the morning, they stay for a coffee and then they see another mural, another piece that speaks to them, maybe they stay for lunch,” Wilson said. “That’s really a big part of our work.” 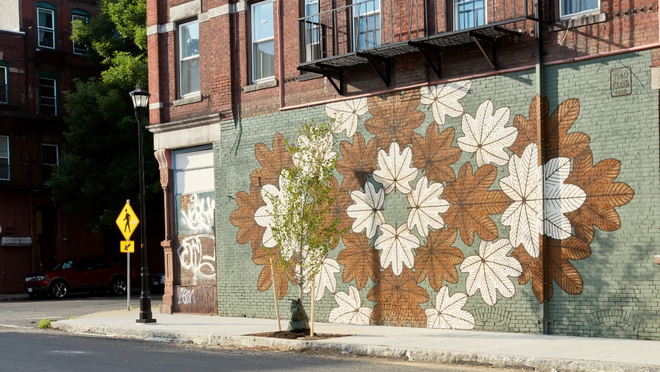 In partnership with community groups, murals were painted there reflecting that city’s large and vibrant Puerto Rican community.

Add Fuel, a professional artist from Portugal painted his interpretation of traditional Portuguese tile in Fall River, home to a vast Portuguese community. 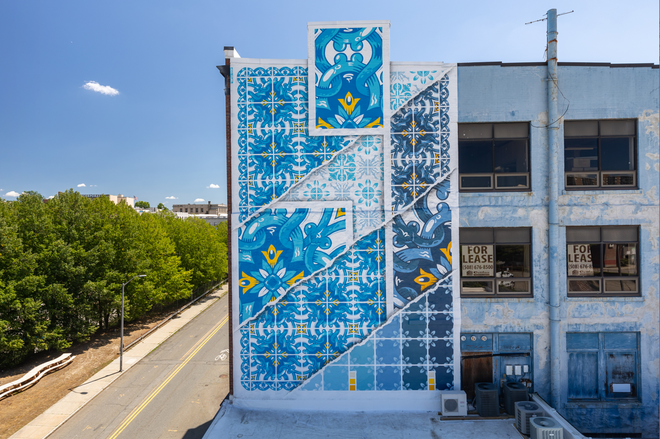 The next city for Beyond Walls is Lowell. Painters are set to begin working there on Aug. 14.

Organizers anticipate at least 20 new murals will be up by the end of September after the tour’s final stop in Lynn. Work there begins Sept. 7.

“Murals, they generate conversations,” Add Fuel said. “It’s just a beautiful way to bring people together in a community, and if the artwork itself connects to the community, then you know, it’s mission accomplished.” 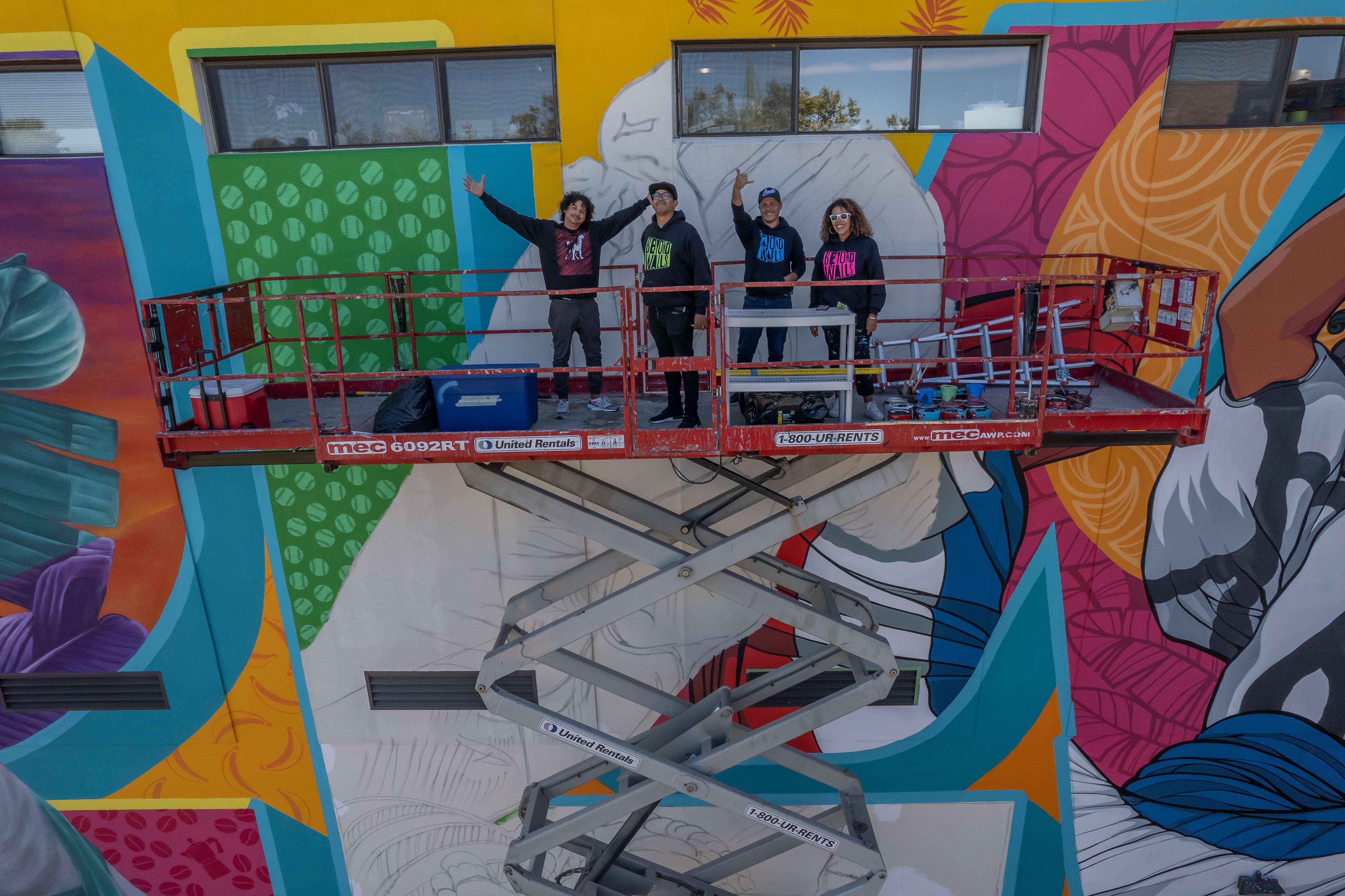 WE CAN’T DO THIS WORK WITHOUT YOU!

WE CAN’T DO THIS WORK WITHOUT YOU!    Beyond Walls had a tremendous impact in 2022 and it was all because of YOU, our incredible supporters. Thank you for being a part of this monumental year for Beyond Walls. From designed response initiatives to epic public art installations, our impact means more people across Massachusetts […] 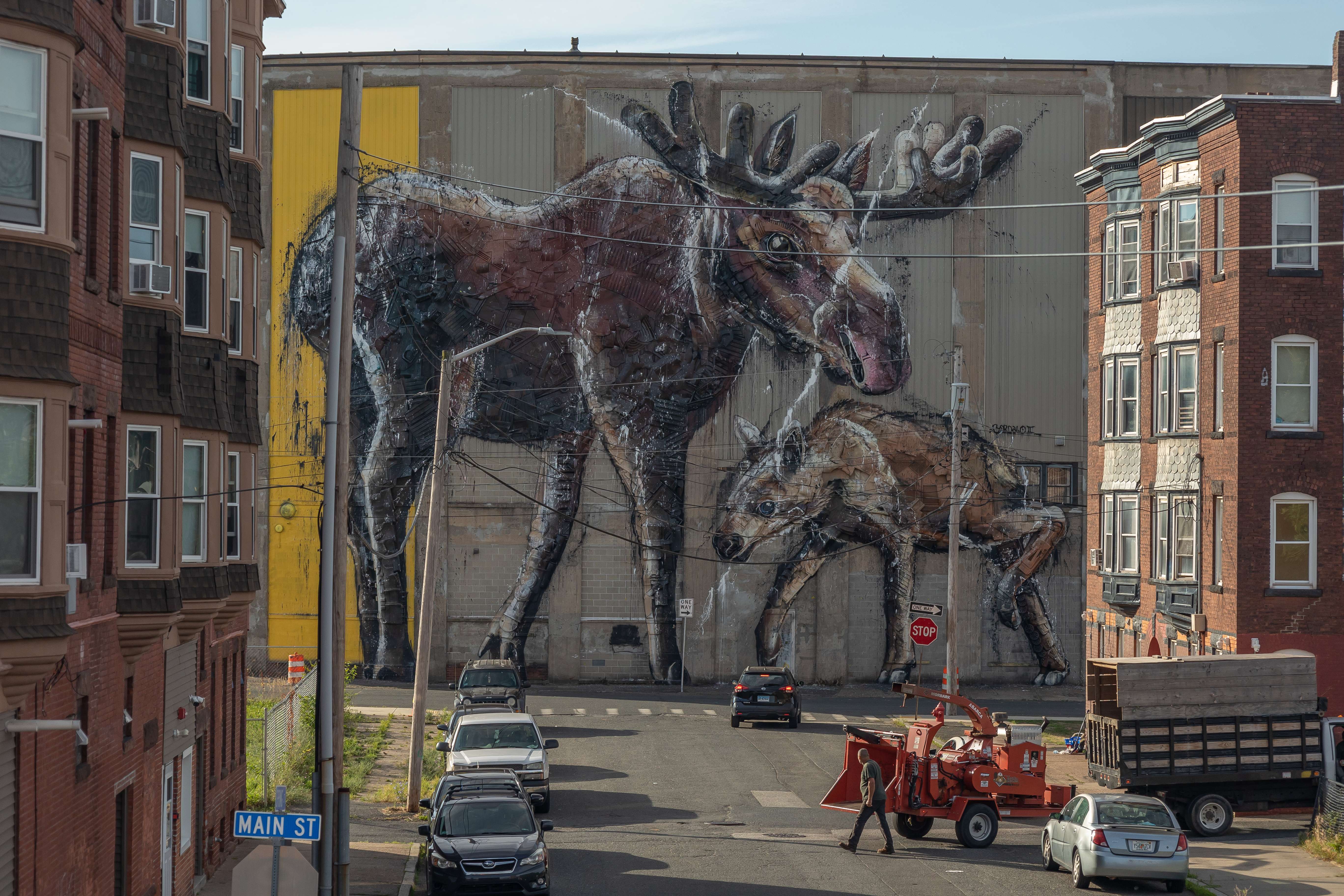 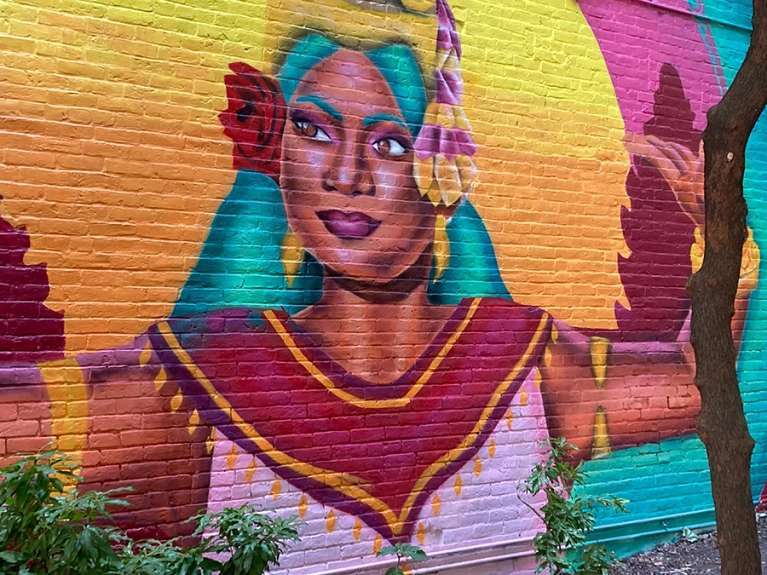 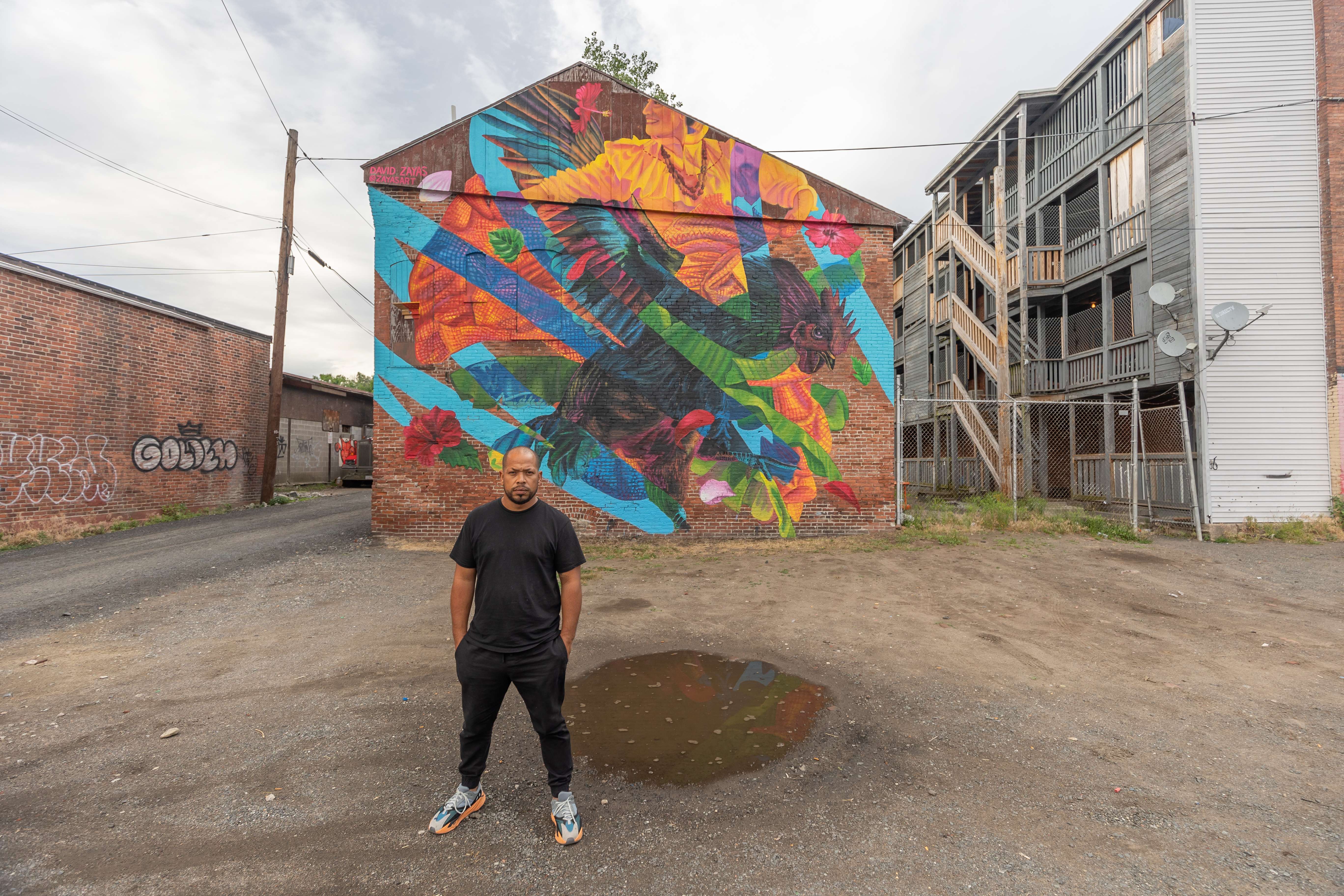 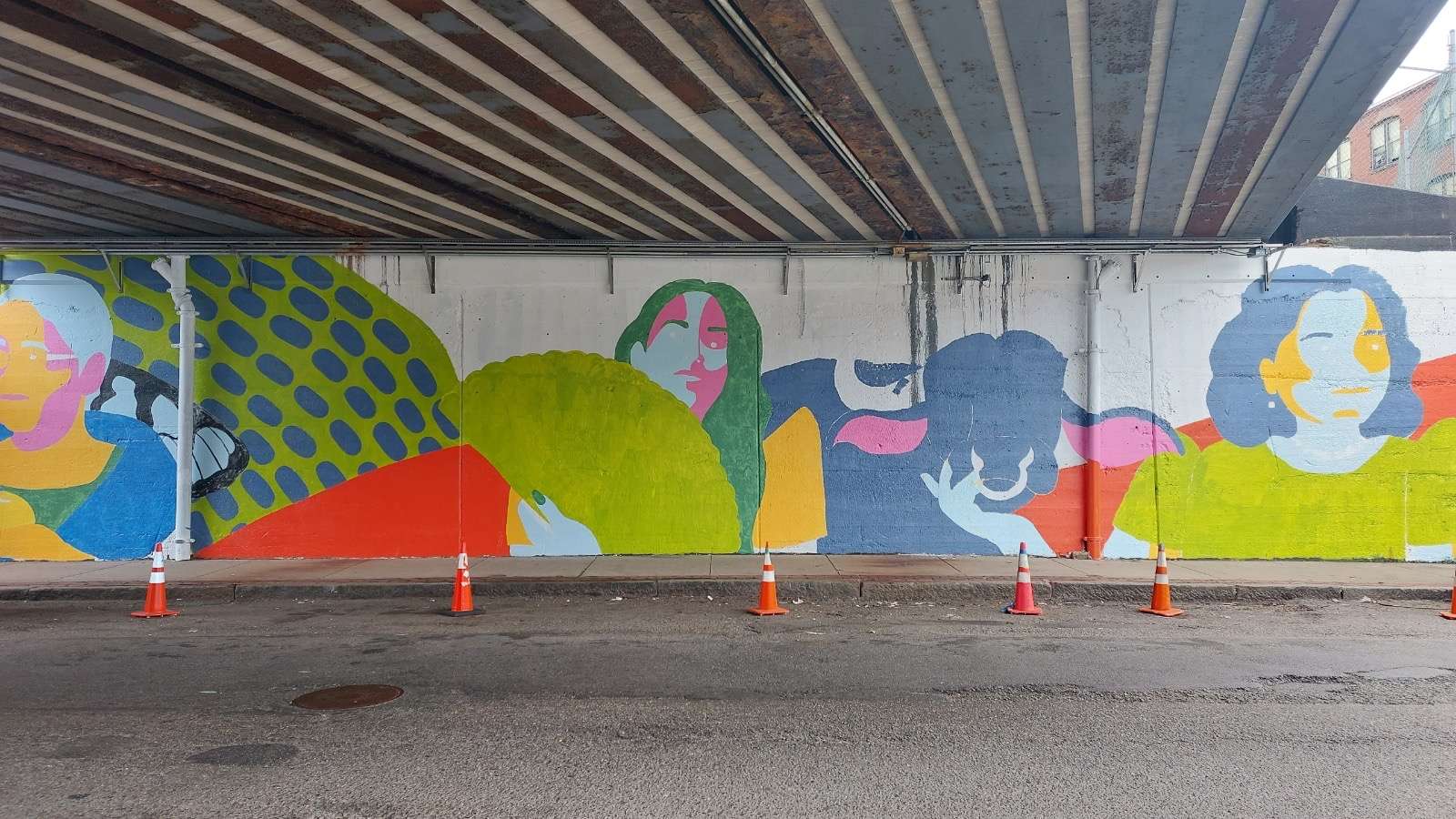 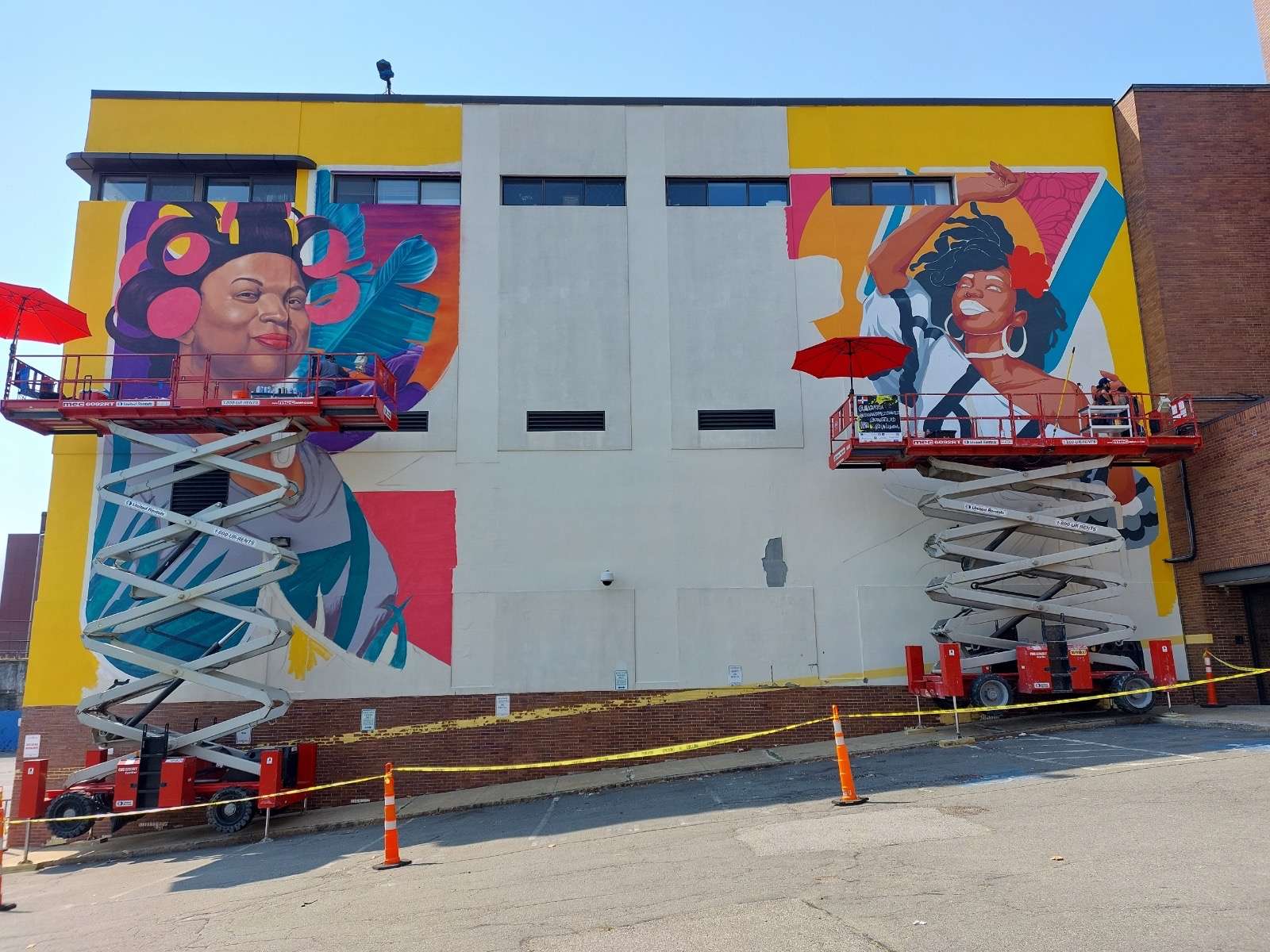 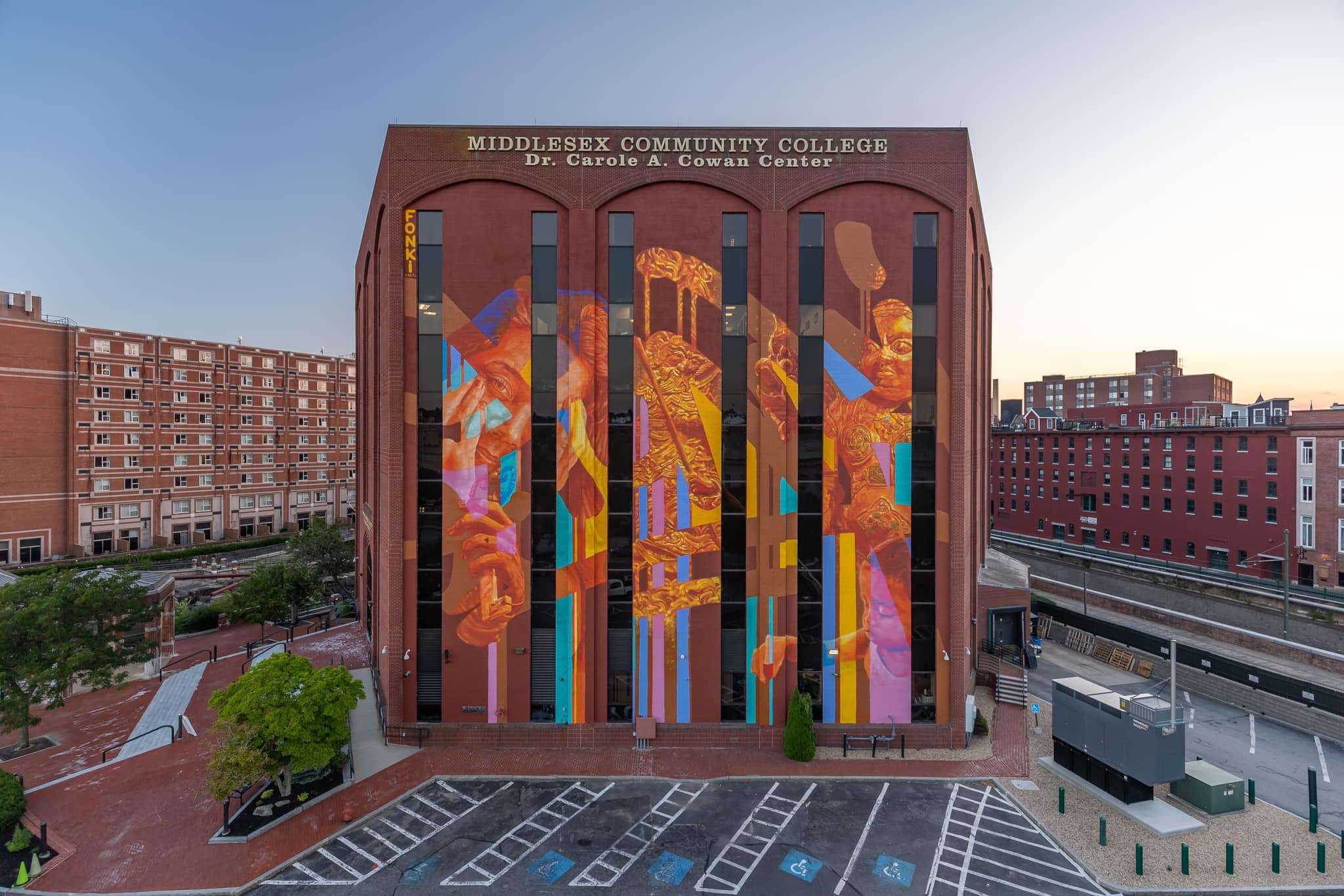 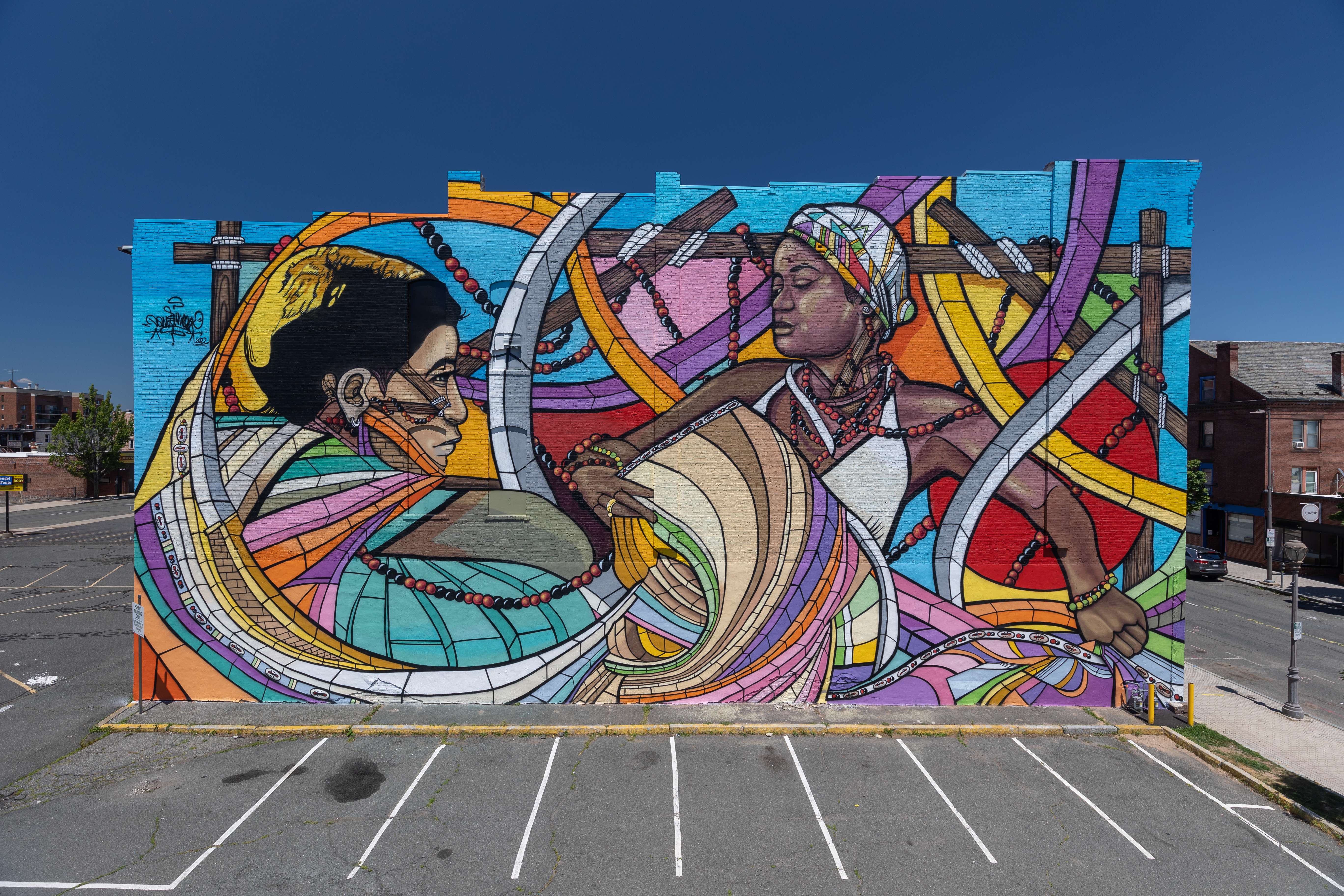